Pancreatic cancer to be lead killer by 2030 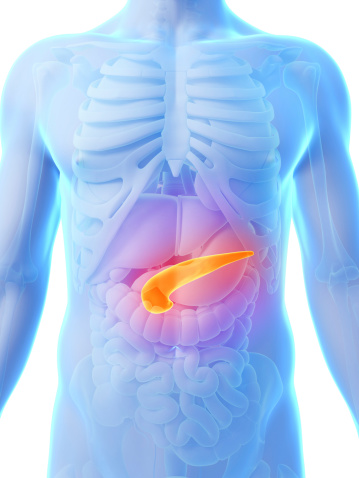 The American Association for Cancer Research (AACR) has announced that pancreatic, lung and liver cancer will dramatically rise by 2030.

Overall, lung cancer is the most prominent killer in the U.S., but trends from 2006 to 2010 show the future rise of pancreatic and liver cancer. It is also expected that it will surpass even the second- and third-leading cancers: breast and prostate, according to researchers.

Dr. Otis Brawley, chief medical officer of the American Cancer Society, told CNN, that the rate of pancreatic cancer has been increasing for the past 15 years.

Researchers also say that currently only six percent of pancreatic cancer patients are still alive after five years of diagnosis.

Brawley also suggests that obesity is linked to pancreatic cancer. Unhealthy eating and lack of physical activity are particularly American problems, and pancreatic cancer is not as prevalent in Europe, he said.

“Smoking, diabetes, family history and obesity are some of the most likely causes of pancreatic cancer,” Dr. Hampton says. “While we obviously have no control over our family history, we can control our choices and develop healthier habits.”

Although other forms of cancer are predicted to decrease, there are two contributing factors that are contributing to the rise in pancreatic cases.

Minorities overall are at higher risk, alongside the aging population. Since pancreatic cancer is understudied there is limited funding for research, the AACR said.

“In an effort to double pancreatic cancer survival by 2020, the network is intensifying efforts to heighten awareness, raise funds for comprehensive private research, and advocate for dedicated federal research to advance early diagnostics, better treatments, and increase chances of survival,” said Dr. Lynn Matrisian, vice president of scientific and medical affairs at the Pancreatic Cancer Action Network, in a statement.

“We’ve come a long way in identifying precursors to the cancer and the progression from pre-cancer to cancer,” says Dr. Ajay V. Maker, a surgical oncologist with Advocate Illinois Masonic Medical Center in Chicago. “Some of the main gene mutations have been identified. The challenge for the future is to translate these discoveries into novel treatments.”