What’s the risk of Ebola in the U.S.? 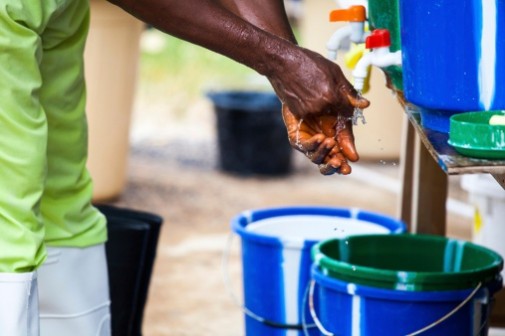 With the death toll standing at more than 900 and an estimated number of infections of more than 1,700 in the countries of Western Africa, many Americans are understandably concerned with the growing Ebola hemorrhagic fever outbreak occurring halfway around the world.

Movies like Outbreak have sold the premise that Ebola is a wild tornado of a virus, running rampant from one initial infection to threaten most of the nation. However, according to medical professionals, the reality of the potential threat, specifically here in the U.S. is much, much different.

First, Ebola is not a common disease, says Dr. James Malow, infection control specialist at Advocate Illinois Masonic Medical Center in Chicago. Diseases that are much more prevalent in developing nations, including malaria and typhoid, pose a much greater threat. And in the U.S., such viruses are nearly extinct due to modern advances in containment and treatment.

“When someone is suspected of having the Ebola virus, they need to be isolated to contain the possibility of spreading the infection,” Dr. Malow says. “Here in the U.S., we’ve done this for years—we know how to contain it. We’re fortunate enough to have the technology and the knowledge to contain the virus and eliminate the risk of spread.”

However, the developing countries of western Africa that are at the heart of the outbreak—Guinea, Liberia, Sierra Leone and Nigeria—don’t have the same access to high-tech isolation procedures, like negative pressure hospital rooms. Compounding the problem, he says, is the lack of education regarding the spread of the virus and the fear of reporting the condition or seeking medical assistance.

“There is fear in these countries—fear of the government, fear of punishment for contracting the illness,” Dr. Malow says. “So family members try to care for the infected and contract the disease themselves. Additionally, local customs may involve hiding dead bodies in their homes, they’re not reporting getting sick or being with someone who is infected.”

In addition, the nature of the virus makes the risk of spread of Ebola in the U.S. exceedingly small, he says. The disease causes symptoms upon infection, making it much easier to catch and contain early on. Most viruses, from the common cold to HIV, can be spread days—even months, in the case of HIV—before the carrier shows any actual symptoms of illness, Dr. Malow says.

In fact, with many viruses, a person often is most infectious before they exhibit actual symptoms, causing them to spread the illness without knowing it. Therefore, most viruses are typically spread before illness sets in and the need for isolation and containment is obvious, he says.

“If someone comes into an American emergency room showing symptoms of the illness and stating that they’ve recently visited an affected region in Africa, there will be an immediate reaction to isolate, test and treat the individual,” Dr. Malow says. “That person will stay in isolation until the cause of the illness is determined.”

Dr. Malow says the Ebola virus is not easily transmitted. Unlike cold or flu viruses, which are spread through the air by a cough or a sneeze, the Ebola virus can only contaminate through contact with bodily fluids—blood, vomit, sweat, semen and breast milk. Close contact is required for the spread of the illness, so most often infected in western Africa are family members, health care providers and aid workers. This makes the need for isolation precautions even greater to avoid cross contamination, he says.

And, though no cure is commercially available for Ebola, the supportive care in the U.S. is much better than what is available in Africa, Dr. Malow says.

“We shouldn’t be panicking about Ebola,” he says. “This is not a threat to Americans. We should, instead, be worried about the devastating effect of the virus on western Africa and be doing all we can to assist them and help them contain this threat.”