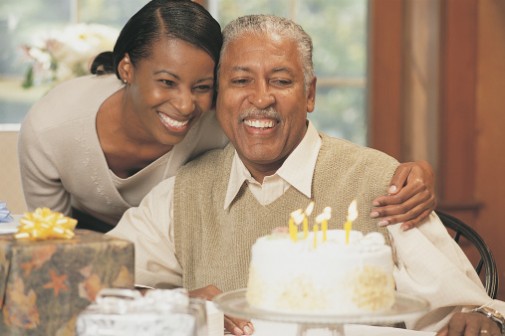 Be nice to your daughter, moms and dads. She’s more likely to look after you in old age, a new study finds.

Women step up to provide care for their aging parents more than twice as often as men, according to recent findings presented at the American Sociological Association annual meeting.

Researchers looked at data from nearly 26,000 participants over the age of 50, involved in the University of Michigan Health and Retirement study. They found that daughters spend an average of 12.3 hours per month caring for their older parents while sons spend only 5.6 hours.

However, the researchers noticed that sons were more likely to step in to help elderly parents when there’s no sister or spouse to help out.

“Whereas the amount of elderly parent care daughters provide is associated with constraints they face, such as employment or childcare, sons’ caregiving is associated only with the presence or absence of other helpers, such as sisters or a parent’s spouse,” said study author Angelina Grigoryeva, in a news release.

Although the study was not designed to determine why these differences exist, the researchers suggest that it may have a lot to do with the caregiving role of women in society.  Women are often raised to be caregivers and expected to take on the bulk of these duties.

Regardless of the gender, caregivers need to monitor their own wellbeing. A 2011 Gallup poll  found that caregivers – especially those who also juggle full-time jobs – tend to have worse emotional and physical health compared to non-caregivers.

The study authors urge any caregiver feeling stressed to seek support, whether it’s talking to another caregiver or finding help outside the home, such as an adult day center.

Click here to watch a brief video featuring Peg Schuetz discussing what you need to know about adult day care.