Should the pregnant Kate Middleton be wearing high heels? 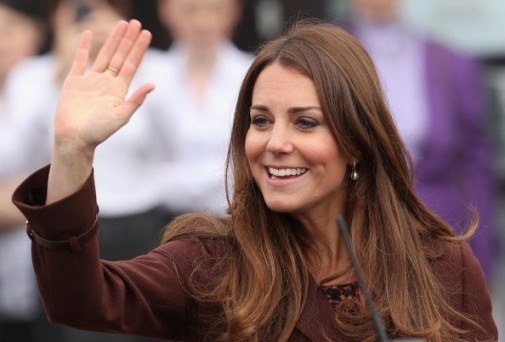 Kate Middleton’s trendy outfits are often the talk of fashion magazines and celebrity gossip television channels. Now her shoes have landed her in some hot water with members of the media who are questioning whether Middleton, who is five months pregnant, should have worn high heels on her recent visit to New York City.

According to Dr. Isaac Tabari, of the New York City Podiatry Center of Excellence, pregnant women should not wear high heels every day due to the increased risk of stress fractures, bursitis and capsulitis.

However, Dr. Robert Rosenberg, an obstetrician/gynecologist at Advocate Condell Medical Center in Libertyville, Ill., offers different advice to his patients.

“As a woman becomes more advanced in their pregnancy, wearing heels can lead to lower extremity swelling and discomfort which can be uncomfortable,” Dr. Rosenberg says. “However in the first and second trimesters wearing heels usually does not matter.”

During the third trimester, wearing heels can lead to lower extremity swelling, discomfort and blisters. Dr. Rosenberg recommends that women stop wearing heels if they begin to any feel discomfort. Any prolonged pain can lead to swelling and additional strain on the muscles.

“As a general rule, I encourage women to wear whatever shoes they feel comfortable in,” Dr. Rosenberg says.

While Middleton’s heels may make headlines, we can rest assure knowing that her shoe choice will not harm the future prince or princess.