The dangerous link between anger and heart attacks 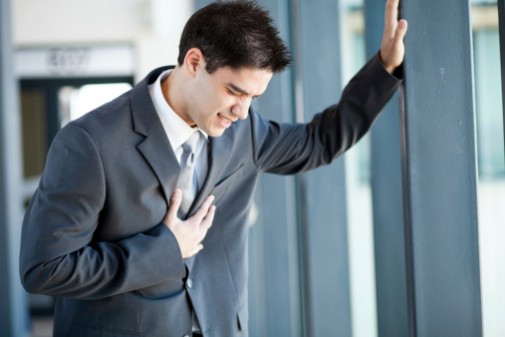 We all get angry. But being ticked-off might not be good for your ticker. New research confirms what many people believe. There is a connection between the number of times we get angry and the possibility of heart attacks.

Australian researchers gathered 313 people with acute coronary issues and asked them to monitor the times they were angry within a 48-hour period. They were asked to rate their episodes from one being lightly bothered to seven being out of control. Most reported an average of five.

A heart attack occurs when one or more of your coronary arteries become blocked. And while there are numerous factors that lead to the ailment including stress, diet, family history, high blood pressure, the study showed that people were eight times more likely to suffer a heart attack after frequently losing their temper.

“While the absolute risk of any one anger episode triggering a heart attack is low, our data demonstrates that the danger is real and still there,” said Dr. Thomas Buckley, a senior lecturer and researcher in a news release.

Those individuals that rated five or higher in anger reported feeling their body tense, clenching fists and teeth along with yelling during their episode. The study was published in European Heart Journal: Acute Cardiovascular Care.  The news is even worse for people who suffer stress and anxiety because they were nine times more likely to suffer a heart attack.

The reasons why anger and anxiety cause problems is because when you are tense and angry, your blood pressure and heart rate increase, which restricts flow to the vessels and could create clotting, experts say.

Dr. Dominic Tolianto, a cardiovascular and thoracic surgeon at the Advocate Heart Institute at Advocate Trinity Hospital in Chicago, says that patients have to be aware of warning signs when they are feeling heart symptoms, especially women.

“Men and women may have different symptoms when it comes to early signs of a heart attacks,” says Dr. Tolitano, “The old adage of someone clutching their chest occurs more when men are having a heart attack. Women have symptoms that can be more subtle like sweating, shortness of breath or dizziness. They may have no chest discomfort at all.”