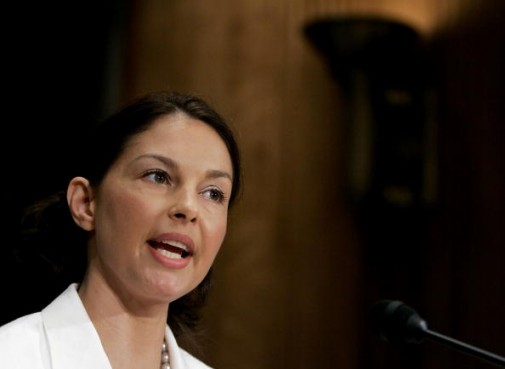 In the wake of actress Ashley Judd’s pledge to press charges against the misogynistic (women-hating) cyberbullies who attacked her during March Madness this week, experts on bullying and violence against women praised Judd for standing up for herself and raising awareness of this growing social problem.

A University of Kentucky alumna and one of the most famous fans of the men’s basketball team, Judd found herself the target of sexually threatening Twitter trolls in response to her tweet criticizing Kentucky’s opponent during the South Eastern Conference championship game. The undefeated Kentucky team is scheduled to play tonight and Judd is likely to be cheering them on. Whether she’ll be active on social media during the nationally televised game remains to be seen.

“Certainly I wouldn’t want anybody to be bullied, but what’s hopeful about this situation is that Ashley Judd is a strong woman who has a voice and has power to say this is not acceptable,” says Sarah Katula, PhD, an advanced practice nurse at Advocate Good Samaritan Hospital in Downers Grove, Ill., and leader of the hospital’s domestic violence council. “Ashley Judd will not be bullied. She will not be a victim to this. But there are other people who don’t have the resources she has and will feel like a victim. How do we protect the more vulnerable population?”

In an interview with MSNBC, Judd said she plans to file police reports “about gender violence that’s directed at me on social media.” She also retweeted some of the most vicious sentiments to her 245,000 followers, writing, “I apologize for exposing others to such content. Awareness & acceptance precede action” and “I’m glad the #onlinebullying & specifically #onlinegenderviolence we all experience is being discussed.”

Judd’s experience is a teaching moment that parents, educators and others in a position of authority can use to talk to children about violence, bullying, empathy and using technology responsibly, according to Katula.

“It’s easy to hide behind technology, where you can’t see someone’s hurt or pain,” Katula says. “I think we need to do a lot better at educating people on emotional intelligence earlier on.”