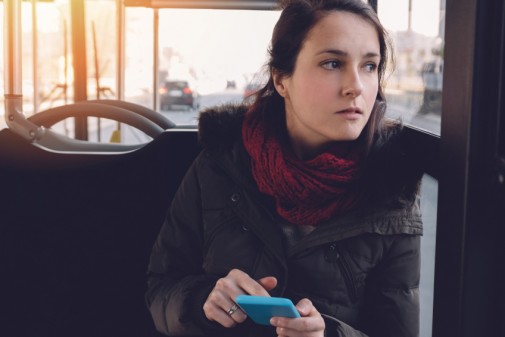 Snapchat, Instagram and text messages may seem like harmless ways for teens to stay connected with their dates; however, new research shows it can lead to online stalking and other unhealthy relationship patterns.

“For anxiously attached individuals, access to digital information about a dating partner coupled with the capability for constant contact may make it difficult to negotiate digital boundaries,” said Lauren Reed, the study’s lead author, in a news release.

More than 700 high school students were asked about their current or most recent relationship, in addition to their internet and social media usage. The students reported sending or receiving between 51-100 text messages a day and spending about 22 hours a week using social media. They were also asked a variety of questions regarding how they use social media, text messages, e-mails, chats and phone calls in their relationship.

The results show that girls more often than boys (33 percent versus 24 percent) used calls, texts and other messages to monitor their partner’s whereabouts, activities and friends.

Both girls and boys (28 versus 21 percent) said they pressured their partner to respond quickly to calls, texts and other messages. In addition, they admitted to sending so many messages that it made their partner uncomfortable.

Privacy also seemed to be an issue as 16.9 percent of girls and 13 percent of boys admitted to looking at their partner’s private information such as texts and e-mails without permission.

The study concluded that social media may create a “cycle of anxiety.” Social media can trigger relationship anxiety, but then alleviates anxiety when teens are keeping tabs on their partners.

“Digital abuse can be perpetrated equally by boys or girls. Parents should have conversations with their kids about social media safety,” says Petrushka. “Talking about safe use of social media can be a great place to explore concepts of trust, boundary setting, what makes for a healthy relationship and identifying red flags.”

For all relationships, young or old, Petrushka suggests having a conversation to establish digital boundaries.

She suggests the following questions:

← What does it mean to be gluten-free?
Add barley to your diet to boost your health →