Mosquitoes carrying Zika may make their way to the U.S.

While mosquitoes carrying the Zika virus haven’t been prevalent in the United States, a new study suggests that might change come summertime.

Computer simulations developed by researchers at the National Center for Atmospheric Research (NCAR) and the NASA Marshall Space Flight Center predict the Aedes aegypti mosquito, which carries the Zika virus, will arrive with the warmer weather in the southern United States and along the east coast. 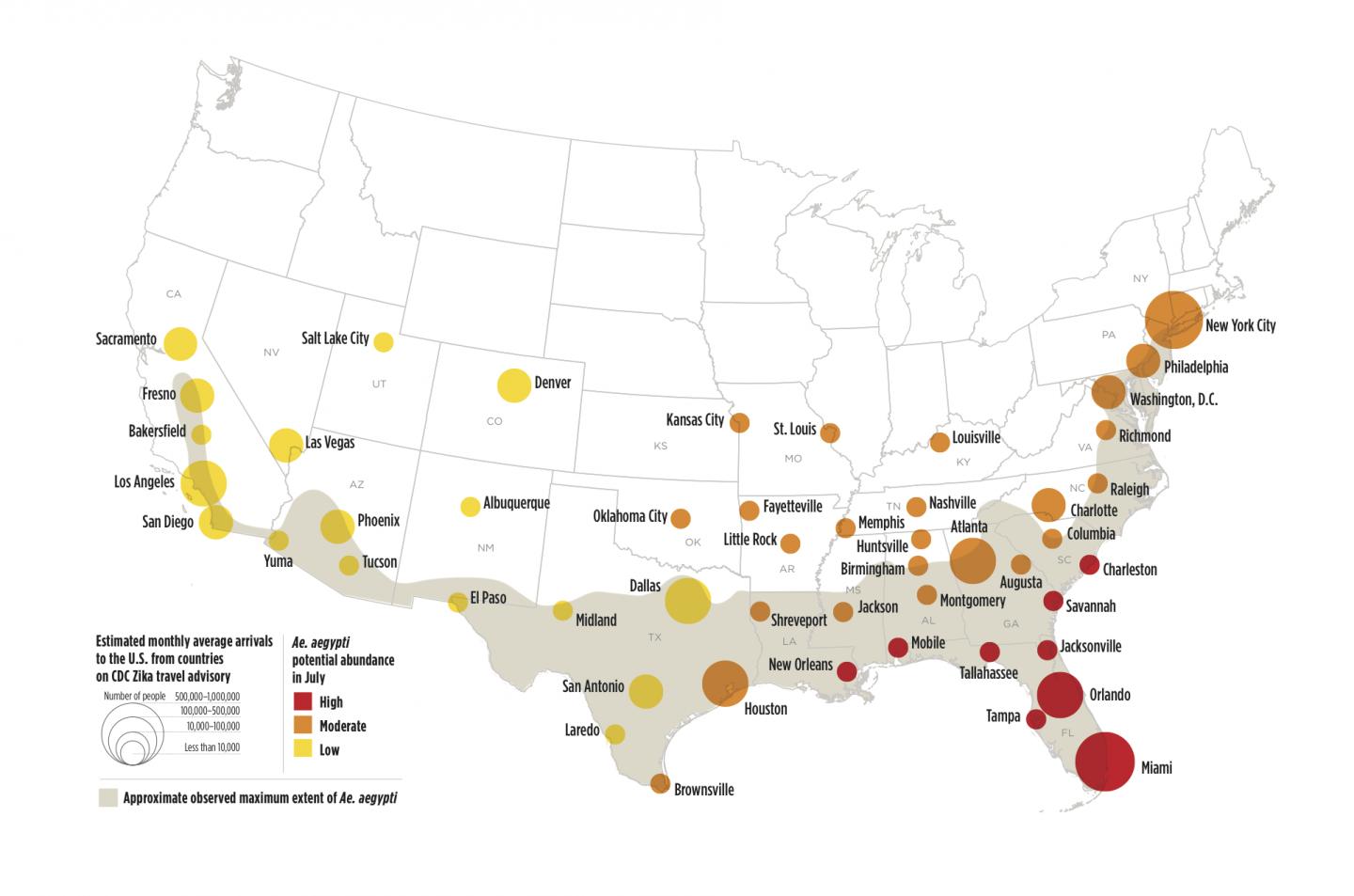 According to the study, the mosquitoes need consistently warm temperatures and water to survive and for their eggs to hatch. Therefore, the population of the mosquito is expected to begin rising in the southern U.S. as early as April and hit its peak July through September.

“Although this risk is theoretical at this time, people can track the travel advisories provided by the CDC and should be aware of the potential risk when living in or traveling to the southeastern United States during the warmer months,” says Dr. James Malow, an infectious disease specialist at Advocate Illinois Masonic Medical Center in Chicago. “Always use mosquito repellent when appropriate to reduce your chances of being bitten.”

In addition to weather, researchers also factored in socioeconomic status and travel to the U.S. from areas that have experienced Zika outbreaks. While the summertime peak in air travel coincides with the peak season for mosquitoes, they found that a larger number of people cross into the U.S. via the border with Mexico, which could create a higher risk of the Zika virus for states like Texas and California.

The study also encourages those living without air conditioning or with torn or missing screens to exercise extra caution, as these factors could allow mosquitoes to enter homes and thrive more easily.

As the summer approaches, Dr. Malow recommends knowing the signs and symptoms of Zika in order to seek medical care and testing, if necessary, as quickly as possible. Symptoms include:

For those who do become infected with the Zika virus, it’s still important to minimize contact with other mosquitoes. If a mosquito bites a person infected with Zika, that mosquito could then spread the virus to others.