Home / Feature story / How this heart keeps beating after a tragedy

How this heart keeps beating after a tragedy 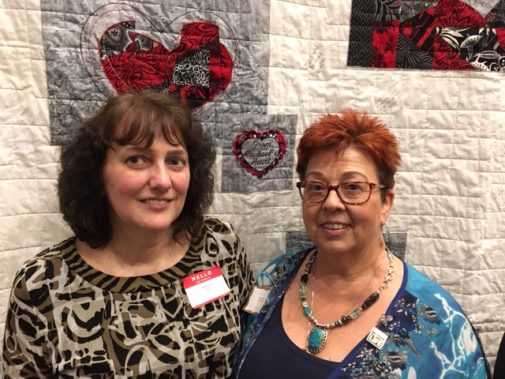 It was mid-January 2016, and Rachael Schubilske was driving away from Aurora St. Luke’s Medical Center after a doctor’s appointment. At a stop sign in front of the hospital, she fell unconscious and her car rolled backwards into the vehicle behind hers.

The 41-year-old single mother of two had an aneurysm rupture in her brain. She lived for 12 days in the neuro ICU at Aurora St. Luke’s, dealing with numerous complications when she suffered a massive stroke.

Rachael’s mom, Kathi Powers, remembers the moment. “I said to the doctor, ‘I have to let her go.’ ” Rachael’s oldest son, just 19 at the time, made the official decision to donate her organs. “I told him, ‘Your mom was always a giving person, she’d give anyone anything even the clothes off her back.’ And he agreed,” Kathi said.

Rachael’s heart, liver and kidneys were donated, along with 379 tissue donations, Kathi said.

Meanwhile, Elayne West had been dealing with the symptoms of heart failure since May 2014. She had a stroke, as well, and had to get healthier to even be placed on the transplant list. But she said she never hoped for a heart.

“I said my prayers, I said thank you for the wonderful life I’ve had,” Elayne said. “I personally couldn’t pray for a heart, because it meant someone else had to die. I said to God, ‘Do your will.’ ”

“When a loved one dies unexpectedly, the only positive thing that could come out of it is organ donation,” Downey said. “When a person dies, we send flowers or make contributions in their memory. But, flowers wither and die, monetary tributes are spent, but an organ donated can go on living indefinitely in a recipient.”

Elayne is remembering Rachael’s gift with the “Rachael’s Heart” project. The project creates pillows with a heart, sewn by Elayne, Kathi and a veritable army of volunteers at The Sewing Basket, the quilting and sewing store in Plymouth that is co-owned by Elayne and her business partner, Sheryl.

More than 500 Rachael’s Heart pillows have been made and given to donor families through The Donor Network. Kathi and Elayne have spoken at donor events and encourage people to be an organ donor, and continue to have a special relationship.

“I don’t think I’ll ever be able to say thank you,” Elayne said. “How can you possibly say thank you for giving you their daughter’s heart?”

“I miss (Rachael) every day,” Kathi said. “Everything Elayne has done to honor Rachael has helped so much. It was what I needed. Elayne tells me how thankful she is, but I’m equally thankful.”

April is Donate Life Month. Organ and tissue donation saved more than 36,000 people in 2018. There are 113,000 people on the national transplant waiting list in January 2019. Click here to find your state registry for organ donation.

← New hope for leukemia patients
What does a midwife do? →

Heather Collier works in Advocate Aurora Health’s public affairs and marketing department. She is based in Milwaukee.