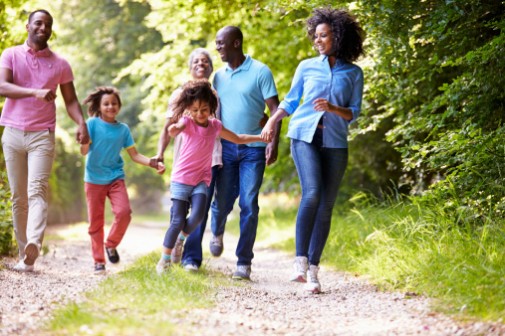 If you’re a mother, you know that exercise can often take a backseat to other daily demands. But did you know your lack of physical activity may be influencing your children?

According to a new study in the journal Pediatrics, the amount of physical activity children get is directly linked to their mother’s activity levels.

Researchers recruited over 500 four-year-olds and their mothers and had them wear accelerometers to track physical activity levels for about a week. After analyzing the data, they found that the more activity the mother did, the more active her child.

Those extra minutes may seem trivial, but over the course of a year they could be extremely significant, the researchers said.

Mothers seemed to affect their child’s physical activity in three ways – by acting as role models, by helping kids be active and by being active themselves with the kids.

The researchers noted that once women become mothers, their physical activity declines and often fail to return to previous levels. Only 53 percent of the mothers in the study engaged in 30 minutes of moderate-to-vigorous activity at least once a week.

But as busy as mothers are, they don’t have to drop all other priorities to be active with their children, says Teresa Beckman, a physical therapist at Advocate Condell Medical Center in Libertyville, Ill.

“Incorporate small changes into your daily life,” Beckman said. “For example, rather than playing a board game together, go outside and play hopscotch. Or if you’re planning a trip to your local playground, try walking instead of driving.”