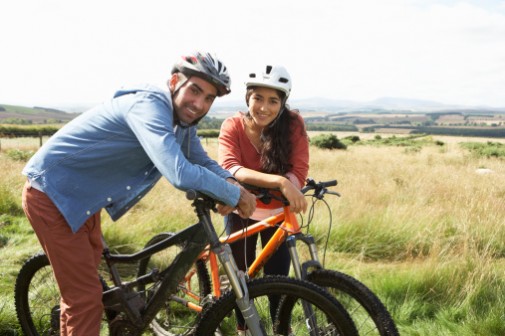 The environment was not the sole focus of this year’s UN Climate Summit in New York City. Public health took the spotlight as well. During the summit, the American College of Sports Medicine (ACSM) announced its new initiative called ActivEarth. The program seeks to increase physical activity through active transportation, which offers benefits threefold: improved public health, environment and the economy.

“We will work across sectors to make it easier to be physically active through safe and accessible active transportation,” said ActivEarth founder Dr. Janet Rankin in a statement. “Substituting short car trips with walking or biking can substantially reduce the production of greenhouse gases that contribute to climate change and also reduce health care costs through improved health,” added Dr. Rankin, professor in the Department of Human Nutrition, Foods and Exercise at Virginia Tech University in Blacksburg, Va.

Dr. Rankin noted that the average American spends an hour a day in the car and nearly 30 percent of trips are one mile or less. Of those, only one-third of the trips are done actively she said.

The connection between health implications and the environment was also highlighted in an article published in the Journal of the American Medical Association. Co-author Dr. Jonathan Patz stressed that health care professionals play a key role in helping educate the public on this issue. Dr. Patz reported that since climate change can be associated with adverse health outcomes, health care professionals need to stress the importance of reducing greenhouse gas emissions to benefit public health.

“With ActivEarth, where you build physical fitness into people’s daily routine, there can be enormous public health opportunity that is also beneficial to our planet as we try to mitigate climate change,” said Dr. Patz, professor and director of the Global Health Institute at the University of Wisconsin in Madison, in a statement.

Dr. Rankin added that “a modest increase in active transportation could save three billion gallons of gasoline and more than $400 million in health care costs.”