New flu vaccine expected to be better than last season 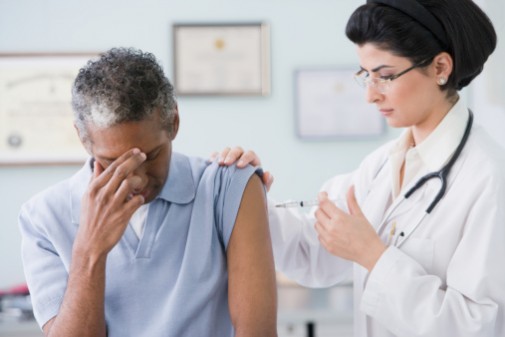 Last year’s flu vaccine did not provide the best protection against the season’s predominant flu strains, but this year’s vaccine will be more effective, according to experts from the Centers for Disease Control and Prevention.

“Last season reinforced that every flu season is a unique experience,” said Dr. William Schaffner, medical director of the National Foundation for Infectious Diseases, in a news release. “Occasionally, flu viruses will change substantially after they are included in the vaccine. This can result in lower than usual vaccine effectiveness, which is what happened last season. But this season’s vaccine has been updated and vaccination is always our first and best defense in fighting flu and protecting public health.”

In their initial research, the CDC confirmed that the flu strains covered by this year’s vaccine match the most common ones currently infecting people in the southern hemisphere during their winter, as well as the occasional cases seen during the summer and fall months in the U.S.

“Getting a flu shot each year is your best protection against the flu,” says Dr. James Malow, infection control physician at Advocate Illinois Masonic Medical Center in Chicago. “This is especially important for people who are at high risk for complications related to the flu, including babies and young children, older adults, pregnant women and people with compromised immune systems. Additionally, all health care providers should receive the flu shot to keep them from spreading illness to patients.”

The CDC recommends everyone 6 months old and older receive a flu vaccine each year. In addition, experts recommend taking precautions such as washing your hands often, covering your mouth when coughing or sneezing, and avoiding close contact with people who are sick.

According to the CDC, the 2014-2015 flu vaccine was only 18 percent effective against last year’s dominant strain of the flu. Last year, the CDC reported the most amount of older adults (65 years and older) who were hospitalized since reporting began 10 years ago.

“Based on what the CDC is reporting, it looks like this year’s flu vaccine will be more effective than last year’s and offer a higher level of protection against the most common strains of the flu virus,” says Dr. Malow. “For some people, the flu can cause serious and even life-threatening complications so getting the vaccine is the best way to protect yourself and those around you.”