The reason you’re eating an extra 500 calories a day 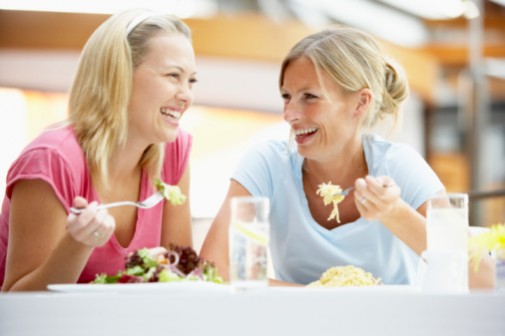 That value size, extra-large bag of pretzels and the dinner plate that looks like a serving platter could be causing people to eat more than they realize.

Due to large portions from packages and dishes, Americans eat between 22 and 29 percent more,  according to researchers at University of Cambridge who reviewed 61 studies that looked at the way portions, packages and tableware influenced eating habits. This can be up to 527 additional calories each day.

“Bigger plates and larger packages cause people to eat more because of the Delbouf Illusion,” says Jamie Portnoy, dietitian with Advocate Weight Management in Libertyville, Ill. “This is an optical illusion of relative size perception that causes us to see different sizes depending on the external reference we are comparing it to.”

As a result of these findings, researchers said steps could be taken to reduce the size, availability or appeal of larger sized portions, packages and tableware.

“Our findings highlight the important role of environmental influences on food consumption,” co-study author Dr. Gareth Hollands said in a news release. “Helping people to avoid ‘overserving’ themselves or others with larger portions of food or drink by reducing their size, availability and appeal in shops, restaurants and in the home, is likely to be a good way of helping lots of people to reduce their risk of overeating.”

To prevent overeating due to large packaging and portions, Portnoy offers the following tips to help you succeed:

While buying 100-calorie packs in order to control calories may seem like a good idea, Portnoy says it’s important to focus on the whole label, including calories, fat, carbohydrates and serving size.

“One-hundred-calorie packs are not the greatest snacks,” she says. “Better options are always going to be things such as fruits and vegetables. I would recommend that as a snack because they tend to have more nutrients and less fat, calories and sugar.”

← More kids are being diagnosed with Type 2 diabetes
Blog: Southern fried chicken can be diabetes-friendly →