Home / Diet & Nutrition / Did this ingredient lead to obesity in lower income areas?

Did this ingredient lead to obesity in lower income areas? 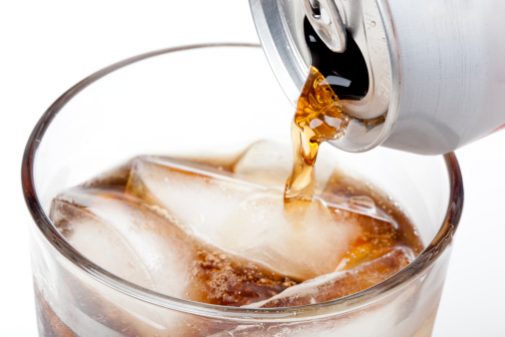 In 1864, chemists realized that corn starch, developed in 1841, could be used as a sweetener, and corn syrup was born. Not nearly as sweet as cane or beet sugar, in 1967, a cheaper method was developed to convert corn syrup into high fructose corn syrup (HFCS) – where dextrose sugars are converted into sweeter fructose sugars – and commercialized production began.

Researchers claim in a new study that when it really took off as a cheap way for manufacturers to sweeten sodas and processed foodstuffs, so did the expansion of the waistline and the rate of diabetes, especially in lower income areas.

Corn, an agricultural product grown in abundance and heavily subsidized by the government, is an economically efficient way to produce a sweetener – HFCS is cheap to both process and purchase.

While it has been known for a few years that HFCS, along with other added sugars, has played a role in the obesity epidemic, a new study out of the University of Tennessee in Knoxville, available in the online journal, Palgrave Communications, has linked HFCS with greater obesity among the poor. The researchers matched obesity rates and mediaN household incomes using data that went back decades.

Bentley notes that in the mid-1990s, more readily-available processed foods contained HFCS, while organic food popularity caused produce and meat prices to increase. The result was that those living in low income communities, known as food deserts, had limited options and what they ended up consuming were heavily processed foods often made with cheap HFCS. Obesity-related diseases then started to rise in those communities.

“While interesting, I do not agree with this study,” says registered dietitian, Dotty Berzy, with Advocate Trinity Hospital in Chicago, who points to a summary on HFCS by The University of California Berkeley. “Association does not equal causation. Increase in obesity could also be due to more fast food intake, less physical activity and more screen time.”

Berzy says too much sugar of any kind means ingesting extra calories that can lead to weight gain, type 2 diabetes and a range of other health issues. The dietary guidelines for Americans recommend limiting added sugar of any kind to no more than 10 percent of total daily calories.

“To improve your overall health and to help with weight loss if needed, reduce soda, which provides only empty calories, to one per day or eliminate all together, and read food labels to choose foods with less added sugar of any kind.”

← The life of a chaplain
Are you lacking this essential vitamin? →