Want the mental health benefits of exercising? Less may be more 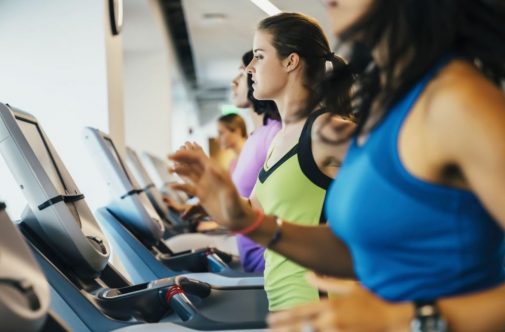 Recently published research in The Lancet Psychiatry says that just two hours each week of whatever exercise you choose may make a significant impact on mental health, even lessening or preventing depression.

Participants who exercised – through various forms – experienced about 1.5 fewer bad mental health days per month than those who did not, the average among all being 3.36 gloomy days per month. And those who were previously diagnosed with depression, who tended to have more days of depression per month than average, had 3.75 fewer days of poor mental health per month if they exercised, compared to those previously diagnosed with depression who didn’t exercise.

Researchers concluded that two to six hours a week of exercise may be optimal for better mental health. The researchers did not examine why six hours may be the upper limit on good mental health strides, but study co-author Adam Chekroud, an assistant professor of psychiatry at Yale University, did theorize that excessive and obsessive exercising may be indicative of worse mental health. He also stated that those who don’t work out at all might be missing out on the mind-enhancing effects of fitness, which he says may actually change the way the brain functions.

In their various analysis, researchers also found that while all physical activity is good, certain types of exercise helped mental health more:

“I don’t think we pay enough attention to the importance of exercise in improving and maintaining our mental health,” says Dr. Leah Ustas, a psychiatrist affiliated with Advocate Christ Medical Center in Oak Lawn, Ill. “These results are exciting because the amount of exercise needed to see benefit is within reach for most of us.”

If you are starting a new physical fitness regimen, it’s a good idea to discuss your fitness level with your physician in advance.

← The latest on omega-3 fatty acids and your heart
Is when you eat as important as what you eat? →