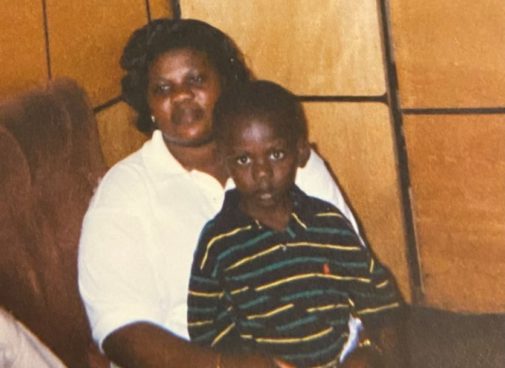 Linda Ameyaw and her son, Kwasi Ameyaw, will spend this Mother’s Day together in the kitchen preparing traditional dishes from their Ghanaian roots.

Both health care heroes are part of Advocate Trinity in Chicago, where Linda is a clinical resources nurse and Kwasi is a pharmacist. Cooking is one of their favorite ways to relax, connect and these days, decompress from the challenges of caring for patients during a deadly pandemic.

‘Being able to come home and debrief with somebody who can relate to what you’re experiencing and what you’re going though has been a relief,” Kwasi said, especially noting the times when COVID-19 case numbers were higher. “It wasn’t always pretty.”

Linda is mother to three sons and a daughter. Though her oldest son and two younger children chose to explore interests outside the health professions, Linda said Kwasi always expressed an interest in medicine. Even as a young child, Kwasi wanted to know about patient care.

“Of all my kids, he is most like me. I always see myself in Kwasi. I wasn’t surprised he was the only one who wanted to do what Mommy loves to do,” Linda said. 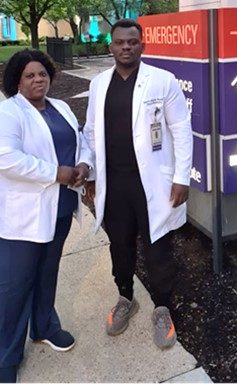 Linda joined the ATH nursing team in 2008 with years of nursing practice under her belt. Before that, she earned a bachelor’s degree in nursing while working as a CNA with Kwasi watching.

“Seeing her study every day pushed me to be more [serious] about my education. If she could do it with four kids, I could do it.,” Kwasi said, adding that he is very proud of his mother’s accomplishments and her current work at ATH.

Kwasi joined Team ATH later, during his first year in pharmacy school. At the time, Linda thought Kwasi had too much free time. So, she arranged for her son to serve as a volunteer mail runner. One year later, Kwasi earned a technician’s certificate and officially joined the ATH pharmacy department staff.

“I wanted my son to come back and serve this community,” Linda said, adding that she and Kwasi live minutes away from ATH. “I am extremely proud to have Kwasi as a son. I’m proud he has learned to be the great man I have always prayed for,” Linda said.

← Your feet can show early signs of diabetes
Which allergy medicine is right for you? →